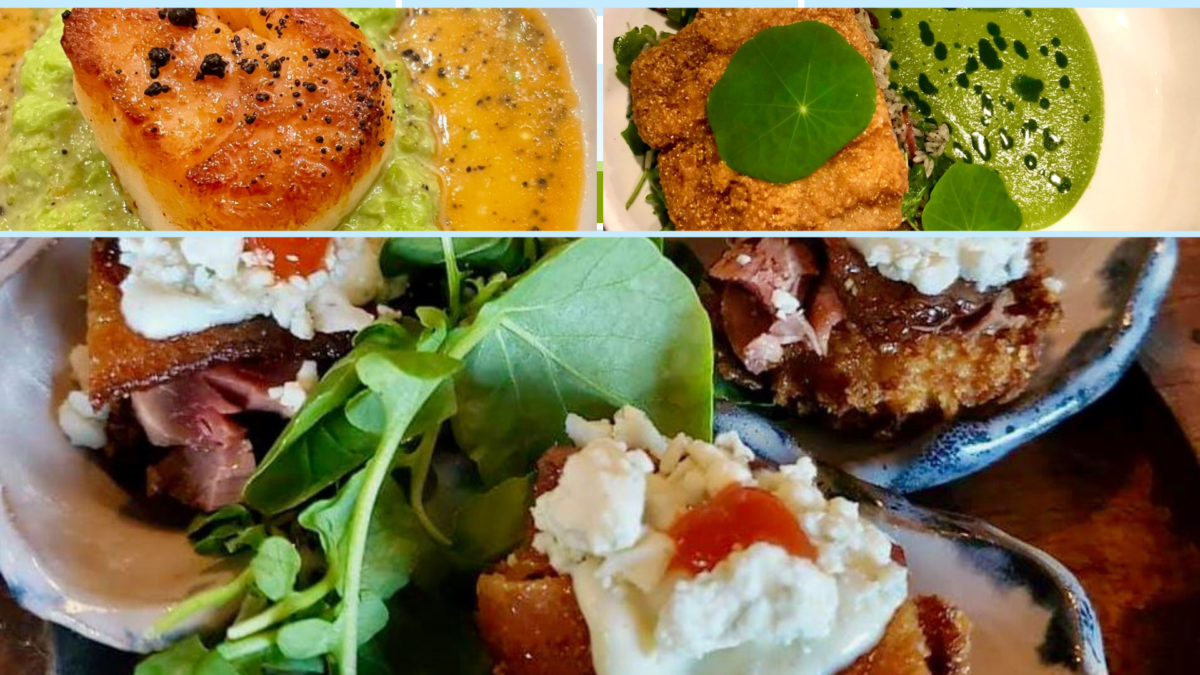 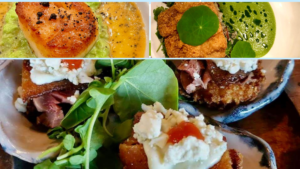 As my friends persistently point out, I eat out — a lot. But, hey, it’s part of my job and something my husband and I enjoy doing together.

Consider it a hobby.

While I’ve had many excellent meals since COVID-19 restaurant restrictions relaxed, some dishes stand out for one reason or another.

Some are seasonal, others are specials, and several are menu staples.

Here they are in no particular order. 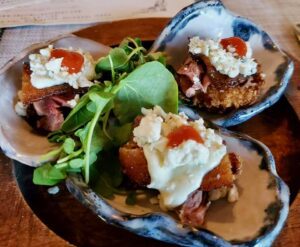 This appetizer ($20 has been on the menu since the Brandywine Hundred restaurant opened to rave reviews.

Chef Robert Lhulier and his team flash-fry a plump, sweet oyster and dress it with thinly sliced filet mignon, thick bacon, Roquefort cheese and a dollop of jalapeno ranch.

The pieces are so attractive that a few customers couldn’t resist pocketing them. Warning thieves: the restaurant requires a credit card for a reservation, so the purloined pottery might pop up on your statement. 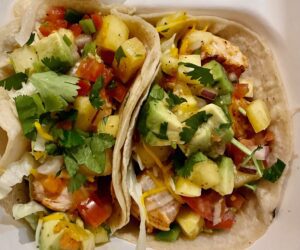 The newly opened Uncle John’s in Claymont is the restaurant offshoot of the food truck.

Yes, John Berl is known for his barbecue, but he gives his cooks creative license to come up with tasty Latin-influenced dishes on Tuesdays. (Many are available all week.)

I love the salmon tacos with pineapple, and the crispy, hefty empanadas are a must-try.

Prices depend on the protein. For instance, chicken and ground beef tacos might range from $6 to $8, while salmon and shrimp are higher. You get two tacos per order. 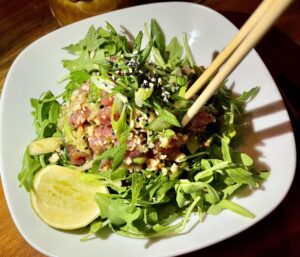 You can now get poke in quick-service restaurants, but for a fresh, high-quality bowl, head to Michy’s, a local favorite in a modest strip mall outside Rehoboth. 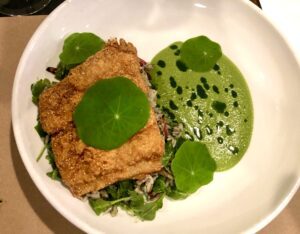 Many people will turn up their noses at catfish. Undoubtedly, they’d change their mind after trying the mild and meaty Chesapeake Blue Catfish at One Coastal.

Anglers introduced the invasive species to the Eastern Shore, and it quickly dominated the waterways.

The preparations will differ according to the seasons, but it’s delicious coated in cornmeal and fried. Available at market price. 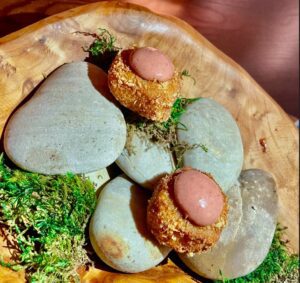 Before you tuck into a thick, juicy steak, order off this downtown Wilmington’s snack menu, which boasts creative items like turducken croquettes with crispy chicken skin.

The presentations are almost too pretty to eat. 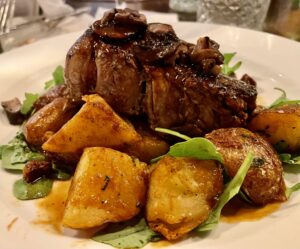 It can be hard to find a seat in this Lewes restaurant Thursdays.

Those in the know come for a $35 8-ounce filet with a glass of wine from the $1-and-under list. 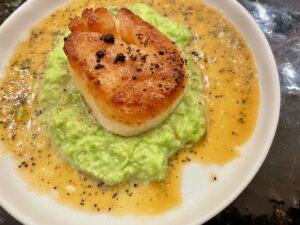 Tasting menus with multiple courses are always on the menu at the Wilmington Riverfront restaurant ($49-$99 per person).

However, Chef Michael DiBianca often offers a special themed menu on certain nights, typically with seatings at 6 p.m. and 8 p.m.

Last year, I sampled themes involving strawberries, caviar and the Feast of the Seven Fishes. 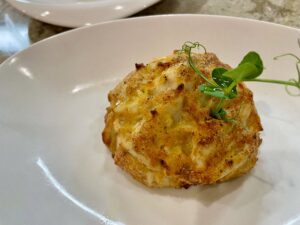 Although the owners’ love of Tuscany inspires the Milford restaurant, you might want to try the crab cake.

Chef Jesus Gordiany knows that southern Delaware palates are discerning, and he created a golden orb packed with alabaster nuggets and no annoying filler.

The secret: top-shelf crabmeat that he carefully sources. Consequently, the price fluctuates. Most entrees are from $24 to $61 (a 20-ounce boneless ribeye). 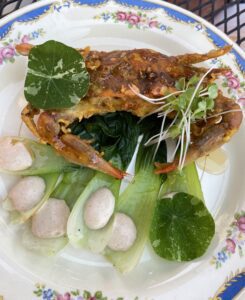 This Delaware treat is seasonal.

When you see it on the menu at this Lewes restaurant, get it. It’s possibly the best I’ve tried.

Of course, you can’t go wrong with anything at this fine-dining destination. 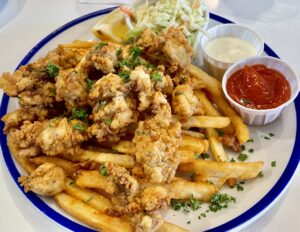 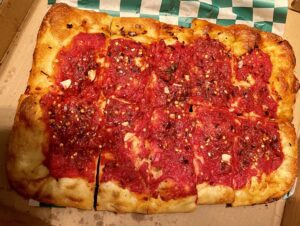 I tried the spicy tomato pie ($10) at the Delaware Restaurant Association’s Cornerstone Awards and was hooked. 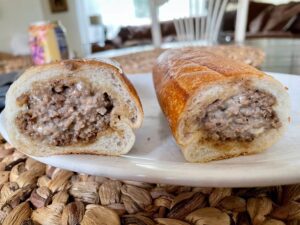 This Trolley Square sandwich shop takes subs to the next level. Eric Huntley honed his skills in fine-dining restaurants, and he doesn’t skimp on quality. The cheesesteak ($12) is proof.

If you dare, try The Dagwood, a 1.5-pound sandwich with turkey, roast beef and maple bacon.

Huntley created the sandwich as social media “wow” food. To his amazement, customers eat every last crumb without hesitation.